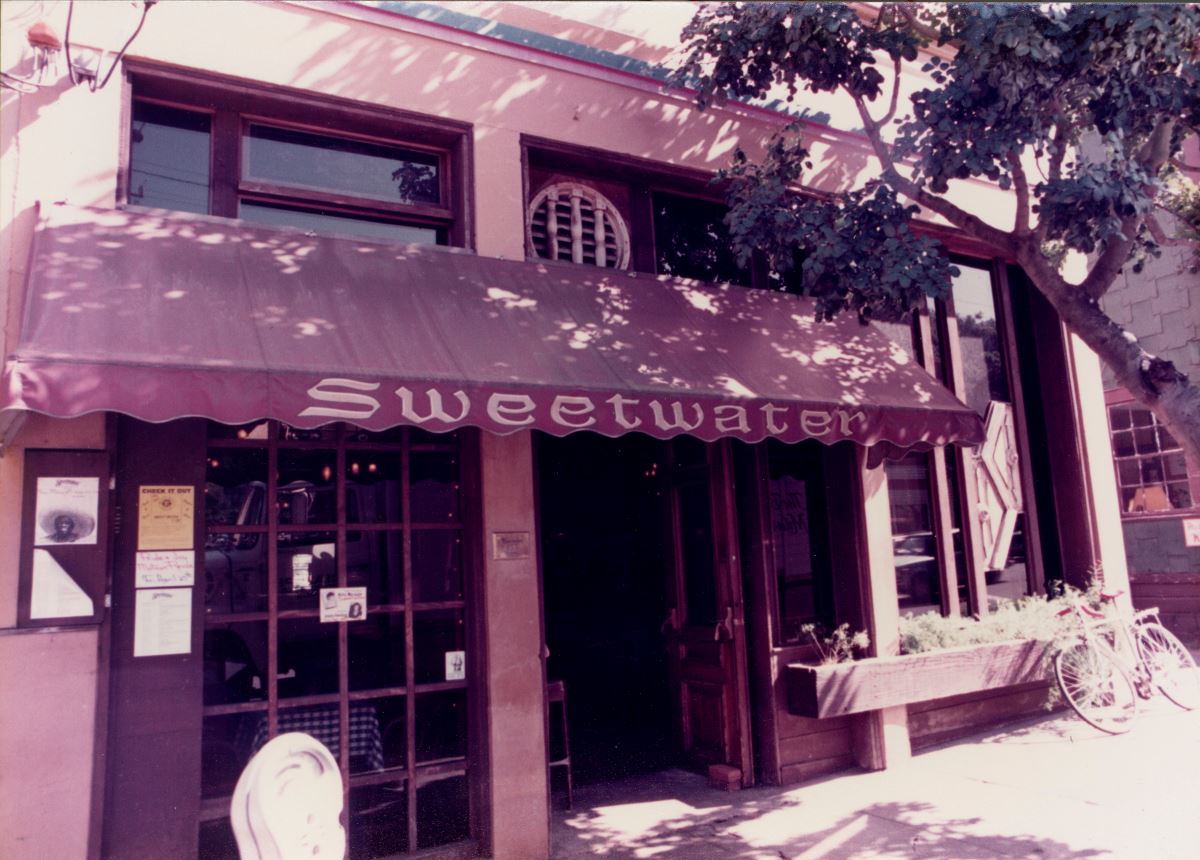 Since 1972 Sweetwater has been a part of Mill Valley, its culture, and its community. For 49 years, the venue has been a mecca for live music fans. While it has passed through the hands of various owners over the years (and a couple different locations...more on that later), Sweetwater has always been a musical hub for musicians and artists and the space is truly a cultural landmark.

Let’s dive into the history a little...In the Summer of 1972 a group called Sweetwater of Mill Valley Inc. headed by Fred Martin, a young entrepreneur, purchased the Office from John Ebner and Claude T. Ross with the intention of converting it into a music venue and bar. Martin renovated the space in order to accommodate live performances and its popularity was immediate, with a line stretching around the corner on the venue’s opening night.

In 1979 Jeanie Patterson and her then-husband Jay took over the Sweetwater from Martin. Initially, Jeanie was responsible for the venue's bookings but following their divorce in 1980 Jay relinquished the club to Jeanie and she took over entirely. Over the next two decades Patterson transformed the venue into one of the country's most respected showcases for American roots music. Throughout those years Patterson cemented the venue's reputation as a small venue adored by some of the biggest names in the music industry, booking musicians including Elvis Costello (who famously played his first Stateside show there), Jerry Garcia, Huey Lewis, John Lee Hooker, Elizabeth Cotten, Ritchie Havens, Ry Cooder, Bonnie Raitt, Sammy Hagar, and Carlos Santana -- among many others.

Patterson retired at the end of 1998 and sold the venue to Becky and Thomas Steere. In September 2007 Sweetwater closed due to failed lease negotiations. In 2012, however, a group of dedicated investors converted Masonic Lodge No. 356 on Corte Madera Avenue into the Sweetwater Music Hall, reviving the beloved venue and affording a new generation the opportunity to experience the live music and sense of community the original venue offered.

The legacy of the original Sweetwater continues to live on in other new and exciting ways through the Mill Valley Public Library. Jeanie Patterson passed away in 2019 and the Lucretia Little History Room was fortunate to receive a truly unique donation of artifacts from her time as Sweetwater's transformative owner. Patterson was a natural record-keeper; she maintained detailed scrapbooks (71 of them, to be exact) that chronicle the history of the club. In addition to the scrapbooks, the collection includes personal letters and postcards documenting Patterson's deep friendships with the musicians who frequented Sweetwater over the years. The collection contains over 400 photographs, over 100 audio and video recordings of performances, and many posters, performer contracts, ephemera, and memorabilia. With generous support from the Library Foundation we have been able to re-hire part-time staff to process and digitize this exciting donation and have big plans for the collection once processing is complete. We look forward to collaborating with the current Sweetwater music venue and inspiring a new generation of music lovers in the future. In the meantime, keep checking the History Room's Online Collections Database for some incredible photographs of the venue throughout the years.